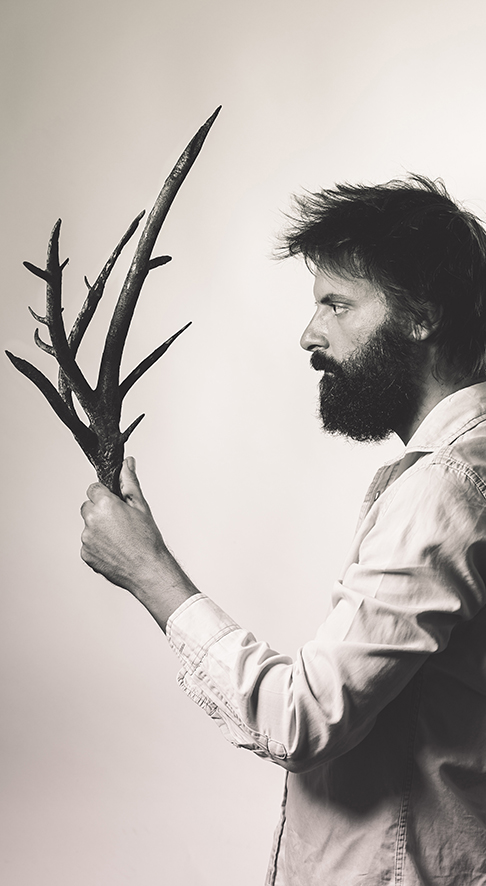 Constantinos Papadoukas is a Greek artist who resides and works in Athens. After training on Fine Art sculpture in the United Kingdom at Wimbledon College of Art (UAL) and Loughborough University, he embarked on his own sculpture practice. Parallel to his own practice Constantinos is a Sculpture Professor at Vakalo College of Art & Design (Derby University) as well as Head of the Arts at CGS World School.Early forms and sculptures included large scale metal and wood fabrications that over the years have been gradually reduced to intimate wearable pieces, which still carry the sculptural essence, feel and tactility.

His work revolves around notions arising in our modern, globalized and ever-changing societies, surveillance, monitoring and control being some of the primary issues discussed.The latest wearable pieces named reBirth focus on the disastrous effects of humans on nature as well the dehumanization of modern societies that favour the rise of the self.